RICHMOND, Virginia – After months of cancelled events and hopeful spirits archers found themselves on the field of play in Richmond, VA for the USA Archery Outdoor Nationals and U.S. Open. For many archers, this was their first competitive event since mid February. And excitement was high! 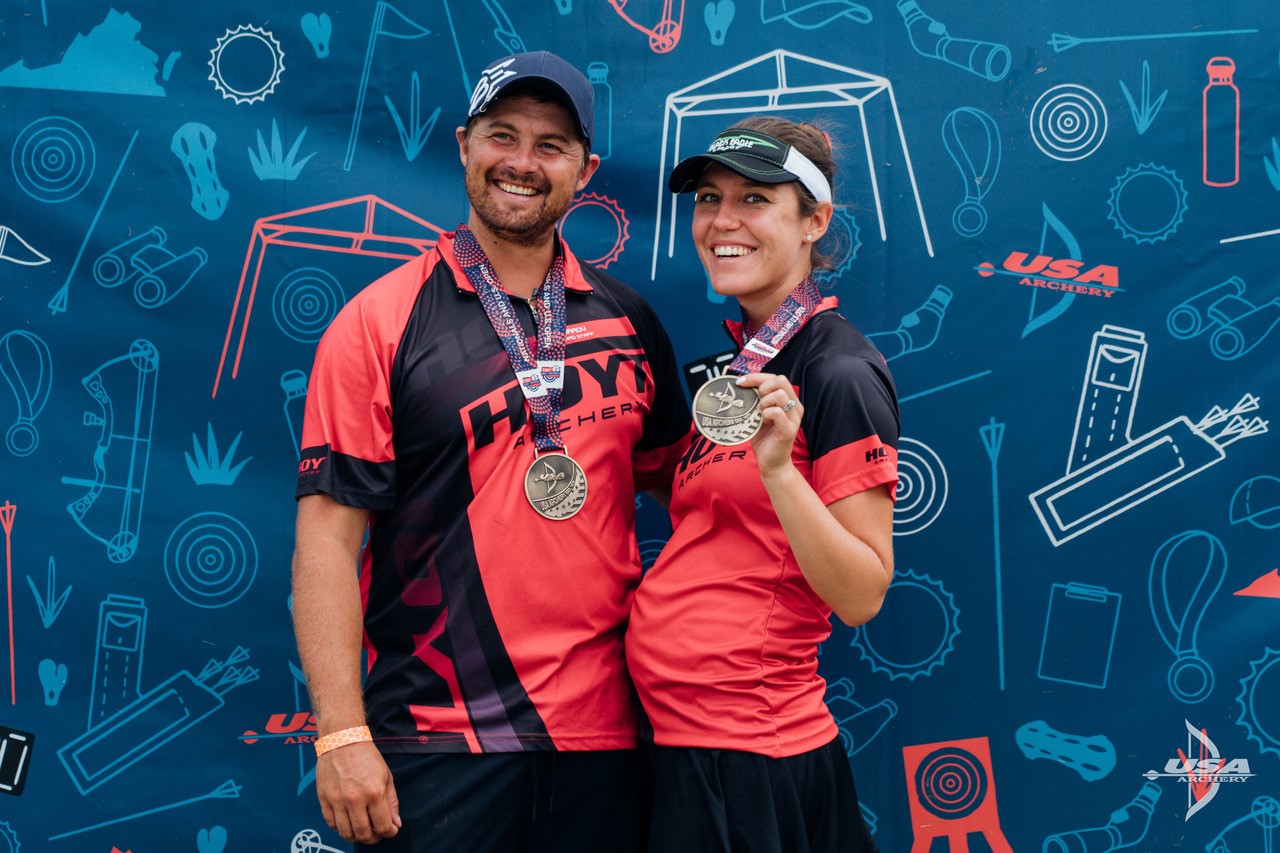 Congratulations to expecting parents Brady and Toja Ellison on their outstanding performances on the field!

We are so proud of Team Hoyt and their performance on the competition field! Both Brady Ellison (1356) and Jack Williams (1337) set new World Records in both the Senior and Junior Recurve divisions during Outdoor Nationals and respectively placed first and second with Joonsuh Oh finishing third. Other Team Hoyt recurve standouts include young Casey Kaufhold who won the Outdoor National Championship title standing alongside Catalina GNoriega and Mackenzie Brown. And congratulations to Matthew Requa who won the U.S. Open and to Joonsuh Oh and Jack Williams on their podium finish. 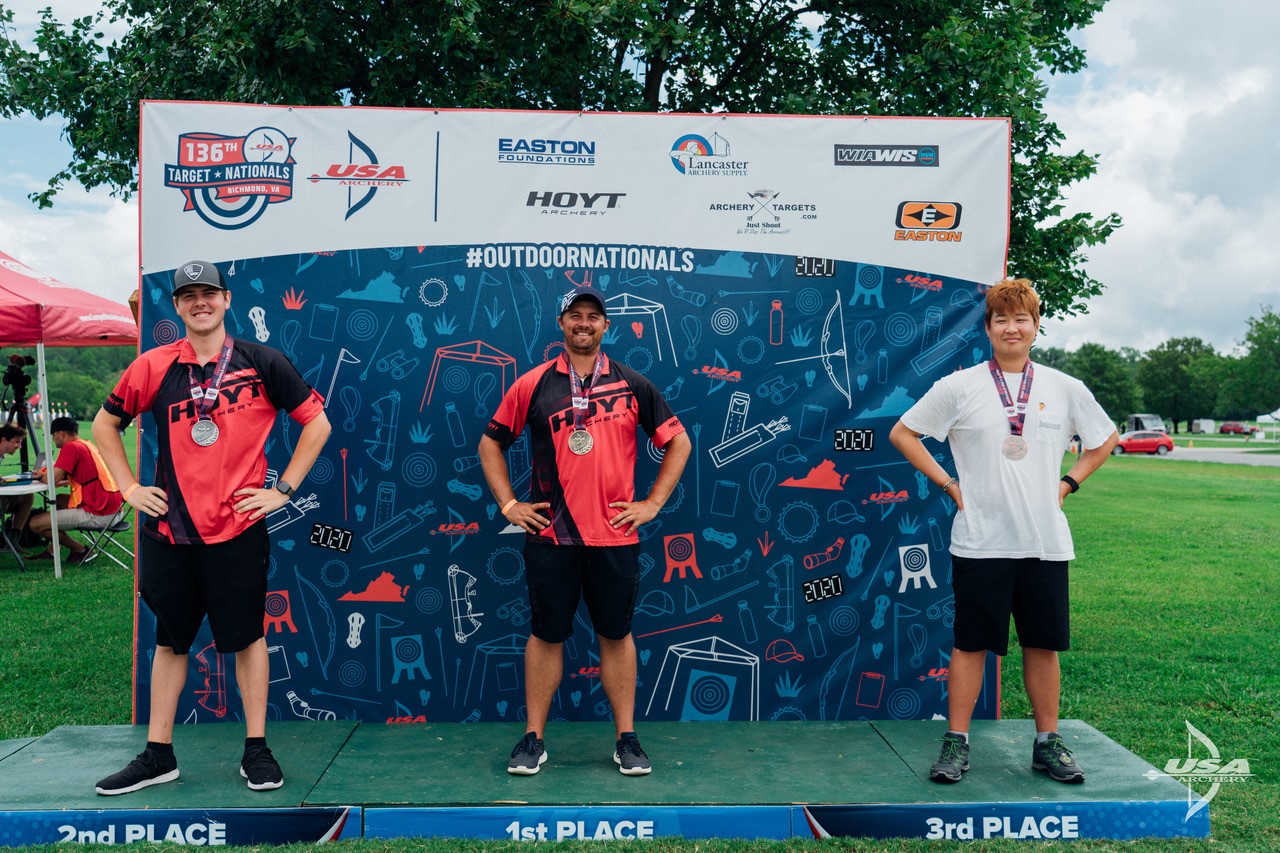 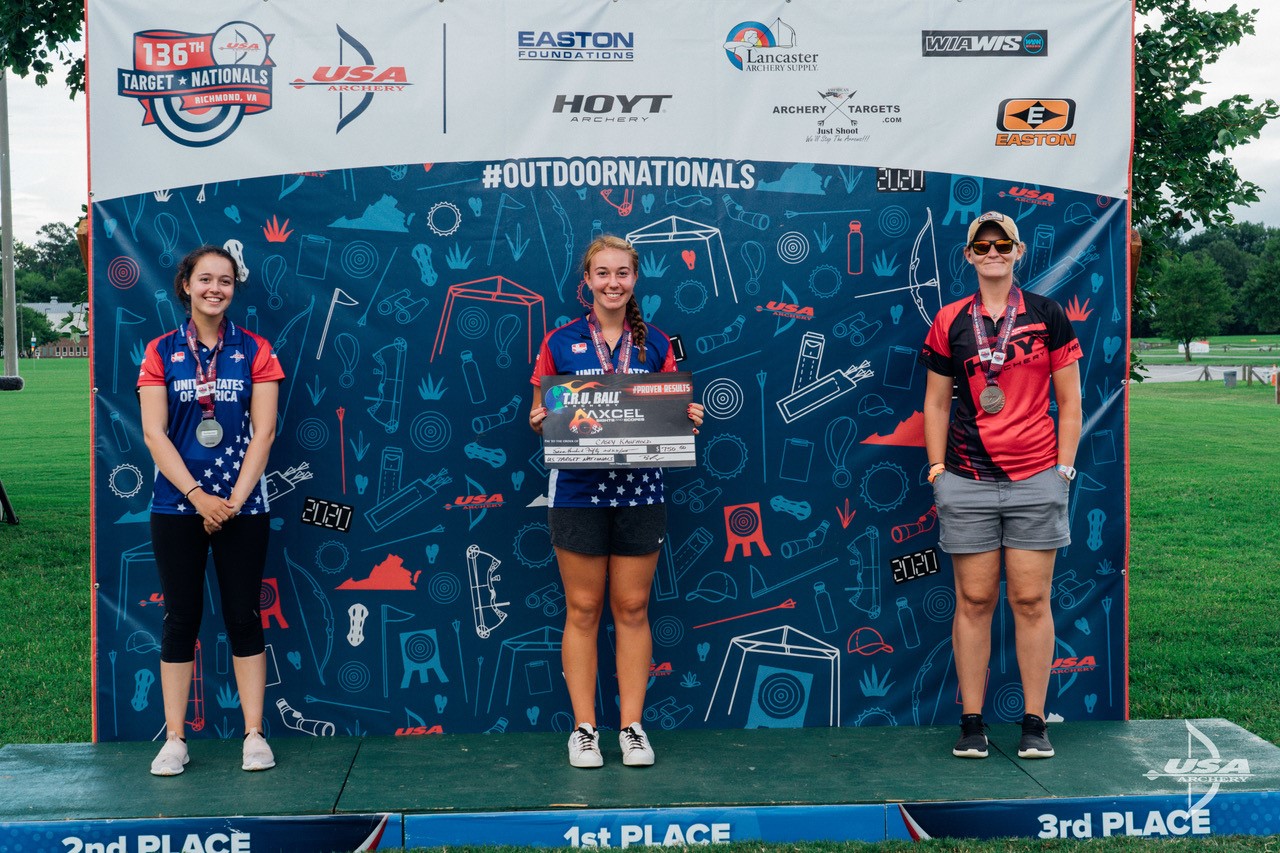 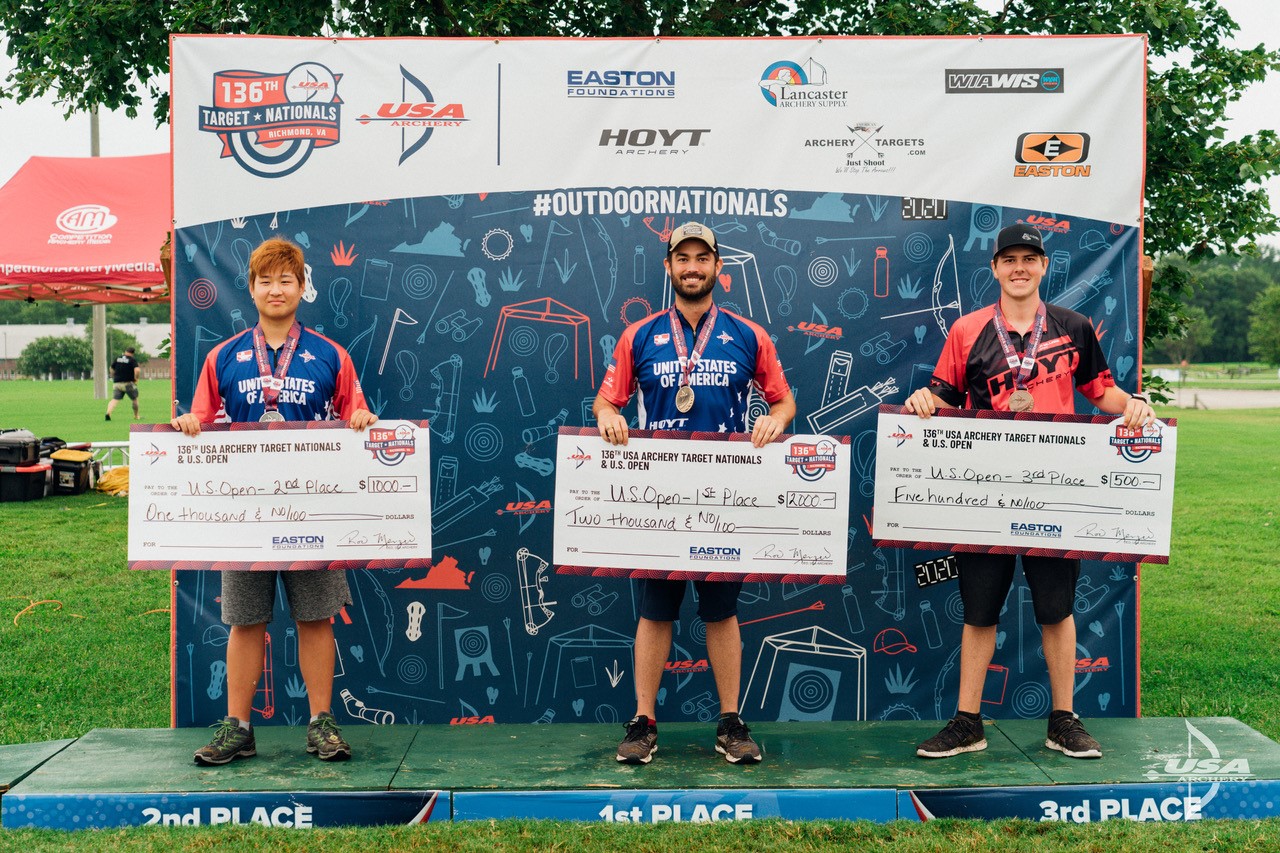 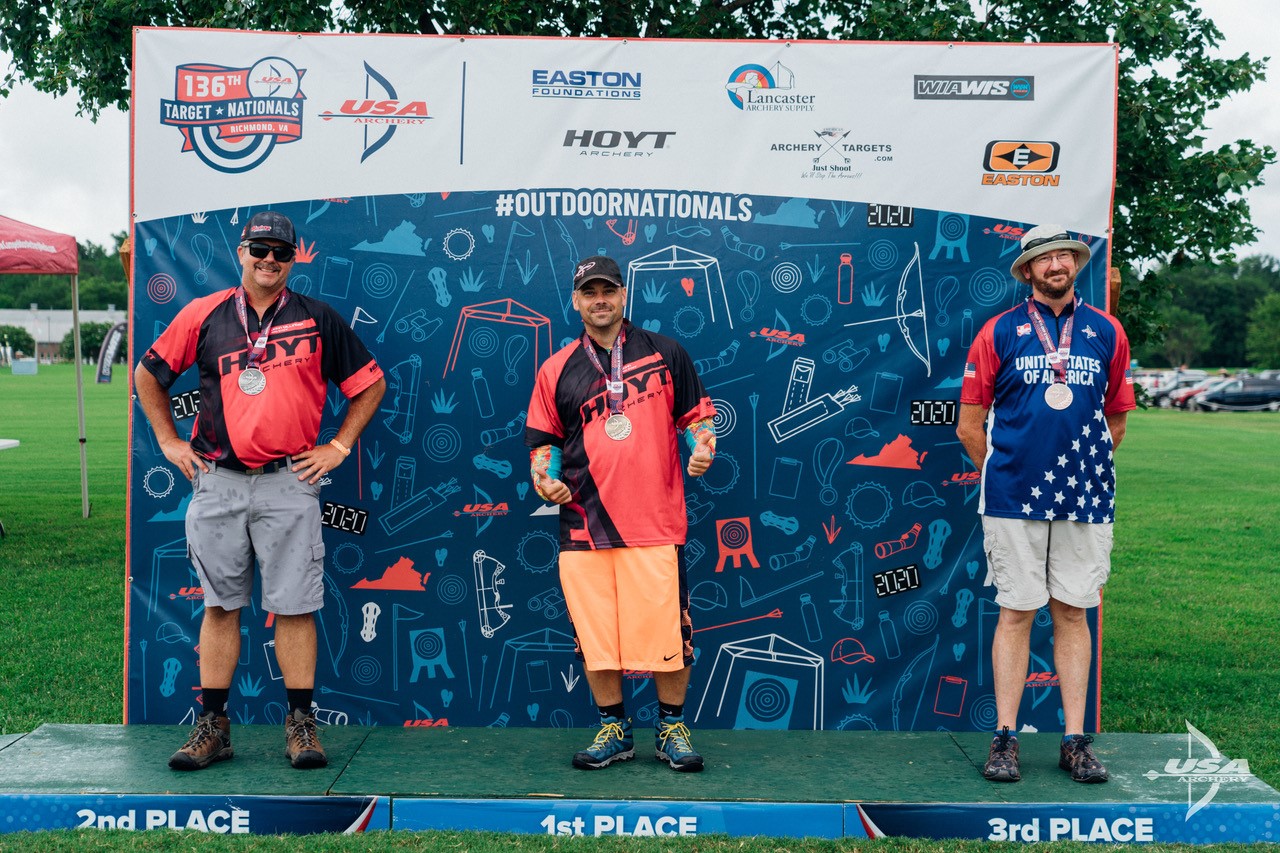 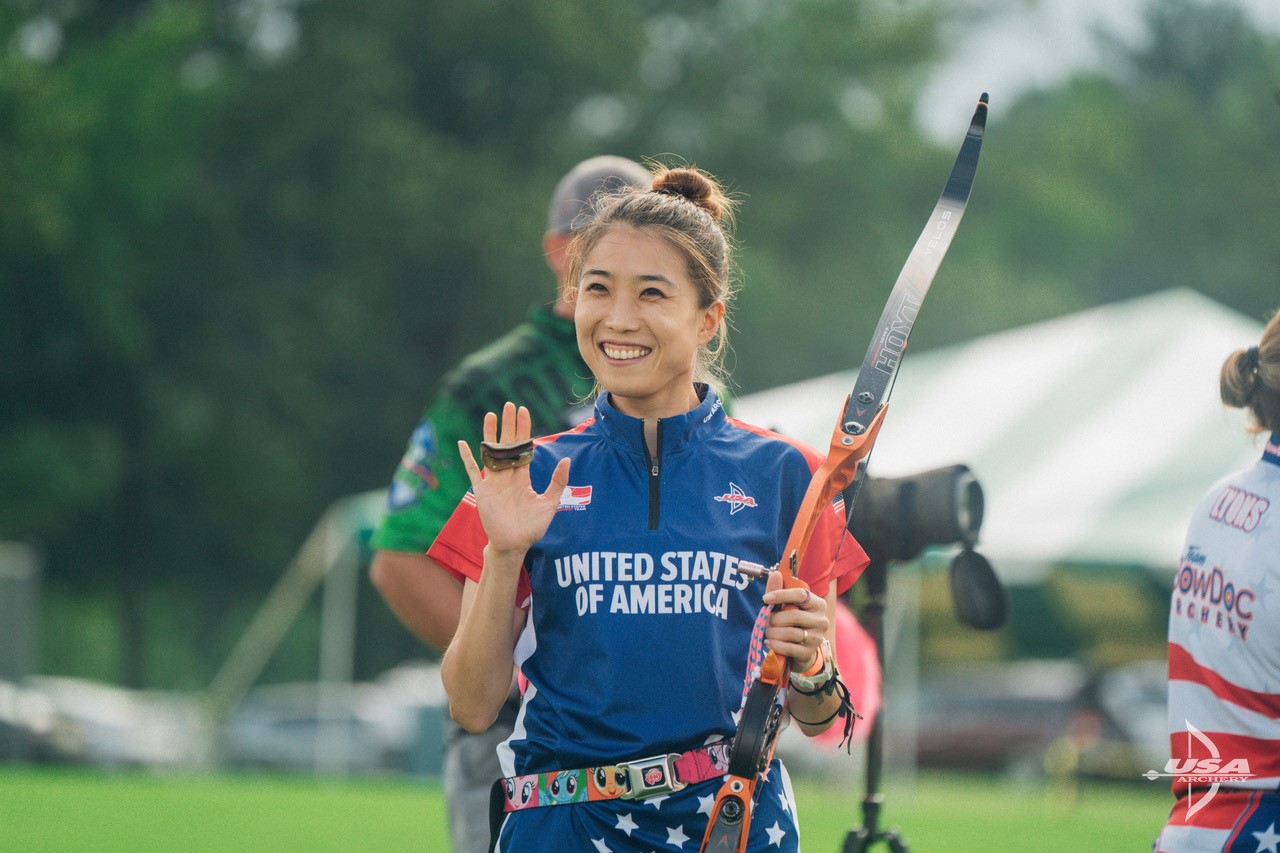 Claire Xie moments after she won the U.S. Open.

For the compound men and women, Toja Ellison won both Outdoor Nationals and the U.S. Open! Congratulations also to podium finisher Linda Ochoa-Anderson. Kris Schaff climbed his way to the top to win the U.S. Open. 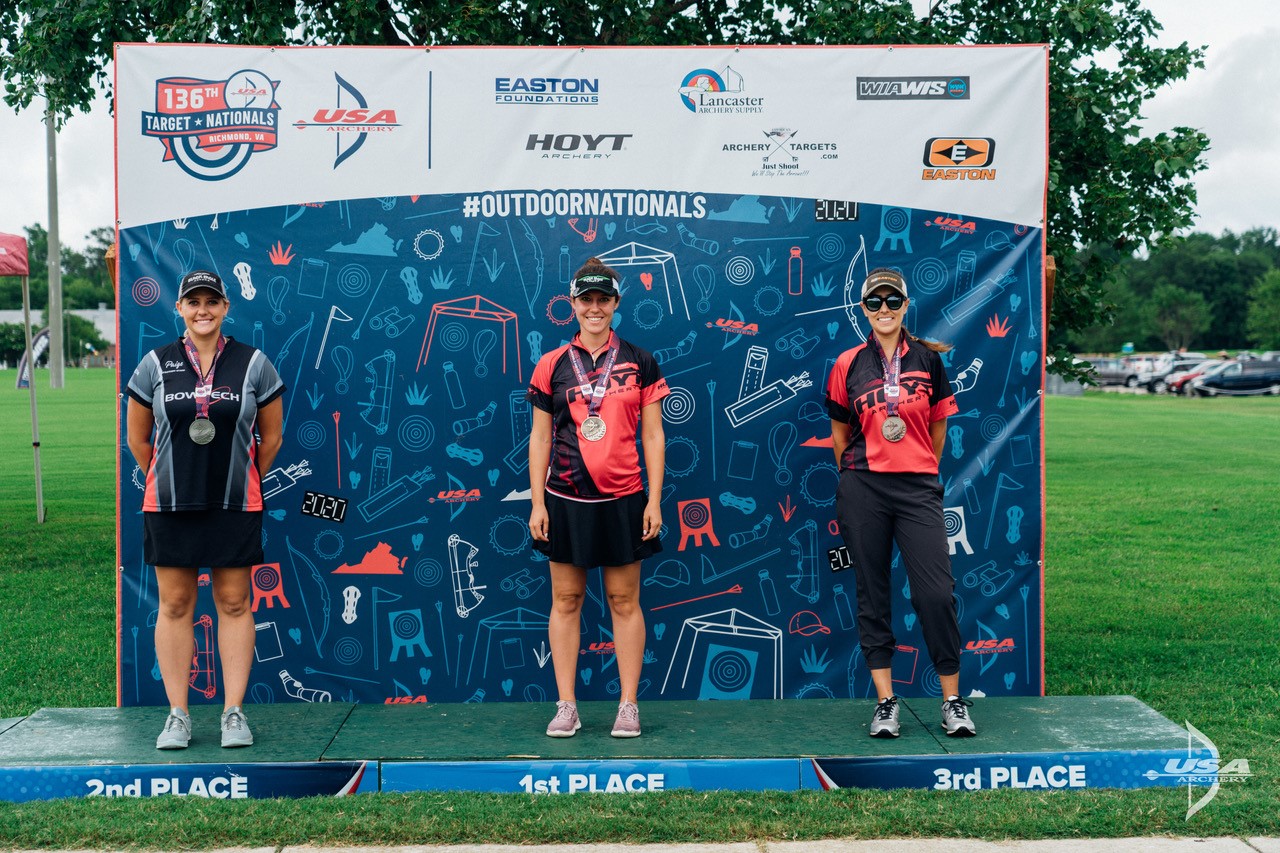 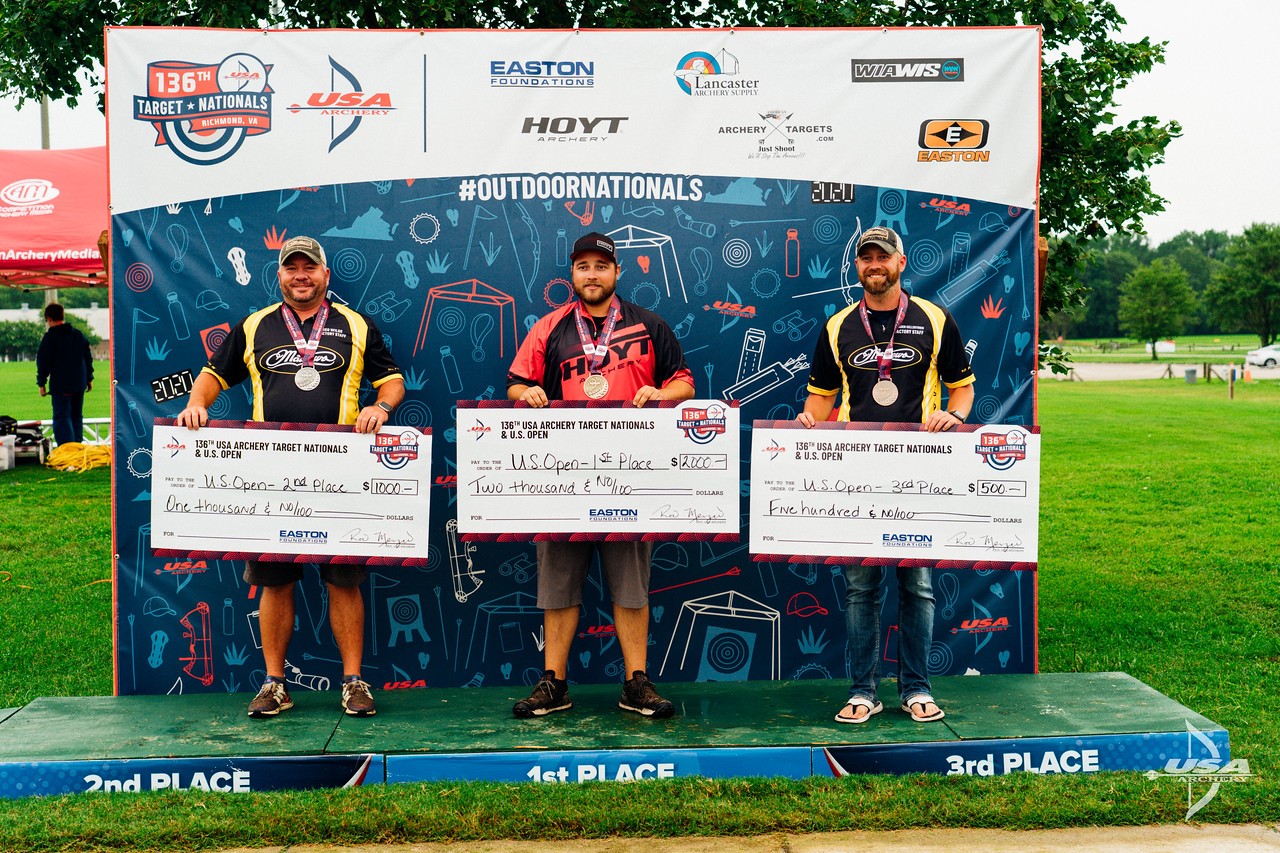 Kris Schaff (GOLD) on top of the podium for the U.S. Open.

Be kept up-to-date on new products, tips and tricks, killer deals and more.